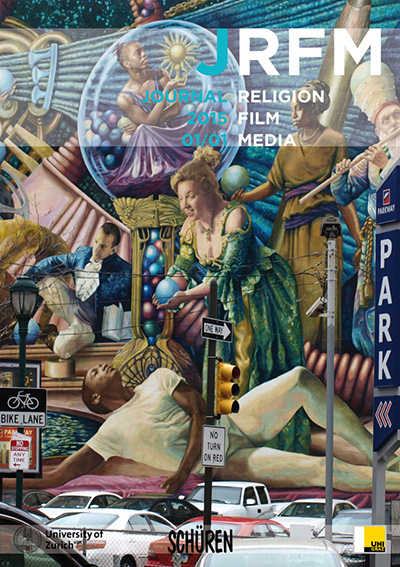 Inspired by a workshop held at the University of Zurich in November 2014, we inaugurate the Journal for Religion, Film and Media (JRFM) with a special issue dedicated to methodology. The field of media and religion is characterised by a multitude of approaches to both religion and media. The choice of communication paradigms and analytical procedures to be used in an investigation of the intertwined relationship of religion and media depends on the sources, the questions we seek to answer and the cultural context. This issue of JRFM presents a range of methodological procedures by highlighting three selected communication models: the first part considers a model that defines communication as an overlap of spaces that mediates meaning-making processes; the second part looks at the employment of a gender lens for investigation of the relationship between media and religion; the final part analyses the interaction between media and religion in the context of various contemporary art productions.
While these models have been drawn from a broad range of possible topics, those selected share a common concern: they involve reflection on methodological steps
used to analyse interactions always characterised by non-linear and multi-causal relations. Each of the three main sections contains a key article and two responses, with the methodological questions addressed by invited contributors commented upon, discussed critically and developed further by members of the mentioned research groups.

Mediality and Materiality in the History of Religions

Religion, Belief and Medial Layering of Communication: Perspectives from Studies in Visual Culture and Artistic Productions

Approaching Religious Symbols in the Public Space: Contemporary Art and Museums as Places of Negotiation?